Six days and four hours around the Moon 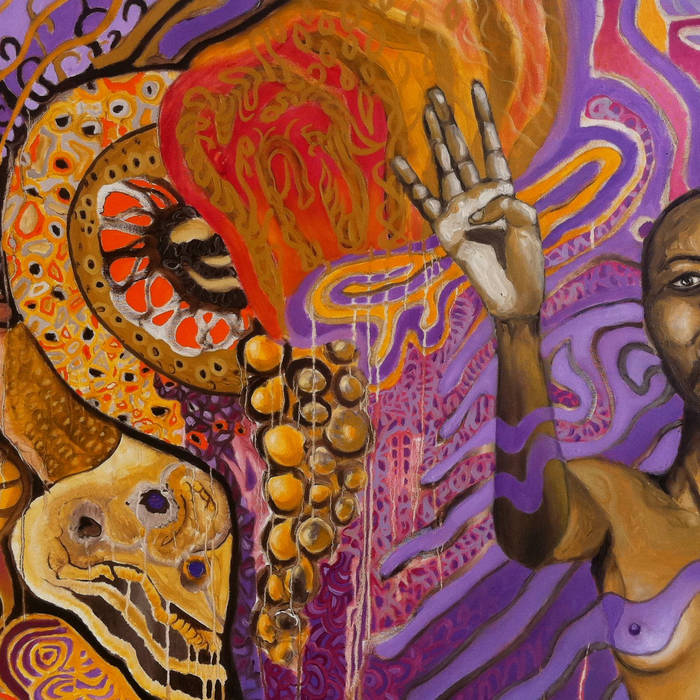 6 days and 4 hours around the Moon was recorded using Taec (Tascam series)144 four track cassette recorder in the period between July 2018 and February 2019 in Berlin. Except for the song Fum, whereas I recorded drums from a computer to make the first rhythm layer of the song, I did not use the computer in the process of recording the album, until digitalizing the tracks at the end. It is recorded, dubbed, mixed and edited live. Most of the album was made in one take overdubs and that is why it sometimes does not sound so perfect or balanced. I enjoyed this way of recording because it feels more natural - I would first record some kind of rhythm pattern and then build on top of it. Of course, I did not always know how my track will look like in the end. I would usually record three tracks on three empty cassette track spaces, I would then mix the three recorded tracks into a fourth (empty ) cassette track, erase the three recorded tracks and record again. I made a lot of tracks but only five of them were chosen for the album. I made a lot of mistakes in the process and while sometimes you cannot change the mistakes you have made, you can just accept them and start building layers over the track or reject the complete track and start over. Kind of like life, isn't it?

Tihomir Zdjelarević is a Berlin based musician. He works with modular synthesizer, string synthesizer, guitar, Four track and hardware effects to create a large soundscape with a kosmic vibe. Influenced by the 70s psychedelic music, especially Krautrock and Berlin school of electronic music, he sent himself on a journey to resurrect the sounds into an another authentic experience. ... more

Bandcamp Daily  your guide to the world of Bandcamp